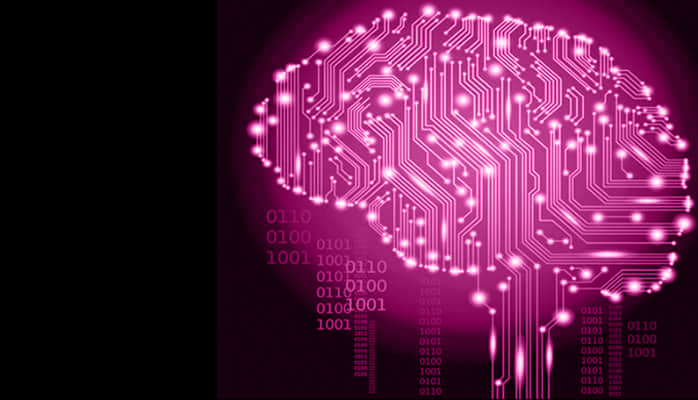 Some 10 years after the global financial crisis, banks are still struggling to find the most effective measures to improve their corporate cultures to avoid misconduct.

Of the litany of scandals unearthed by the recent Royal Commission into Australian banking one stood out: the big banks’ habitual practice of charging clients, even some now dead, a fee for no service. Nothing seemed to illustrate more graphically how the sector routinely ignored the interests of the customer and had divorced itself entirely from its social purpose. Although some countries and banks remain comparatively untainted by scandal, wrongdoing in financial services can seem like the norm. In the decade from 2008, banks paid $320bn in fines related to misconduct. Some observers worry that many institutions have come to see this as a cost of doing business.

Numerous reasons have been advanced for the sector’s inability to ‘do the right thing’ consistently, including the existence of individual ‘bad apples’ within banks. But the current consensus within the sector is that problems are not just “a stream of idiosyncratic events”, as put by Kevin Stiroh, executive vice president of the Financial Institution Supervision Group of the Federal Reserve Bank of New York. “Rather root cause analyses of many recent cases of misconduct is not just the product of a few individuals or bad processes, but rather the result of wider organisational breakdowns, enabled by a firm’s culture.” This obliges supervisors, Mr Stiroh insists, to promote “behaviours that mitigate misconduct risk and create a healthy culture”.

Hani Nabeel, chief behavioural scientist at the people analytics firm iPsychTec, agrees. “People don’t come to work to break the law. But they respond to organisational culture and they can find that they are congratulated for getting results by breaking the rules. Culture always trumps policy or process.”

In 2011, De Nederlandsche Bank (DNB), the Dutch central bank, began to explicitly supervise behaviour and culture at financial institutions. DNB believes that by addressing root causes, “we can prevent history from repeating itself”. That approach has now been adopted by the Central Bank of Ireland (CBI) and the US authorities. The CBI, for example, has undertaken behaviour and culture reviews at the five main Irish retail banks. Alongside these are diversity and inclusion assessments – the CBI recently explained that its banks have much more work to do to “prevent groupthink, guard against overconfidence, and promote internal challenge”. 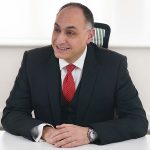 Similarly, the UK has the Banking Standards Board benchmarking many institutions’ cultures against one another. This all marks a decisive global shift. Previously, retail banks, for example, carefully measured short-term customer satisfaction. But overall they have done much less to monitor long-term customer outcomes – that is, whether products did actually suit clients. Financial institutions have also tended to rely on crude metrics such as the number of employees whom the human resources department have been sent on courses, or the number of customer complaints, a ‘lag’ indicator that measures conduct issues that have already occurred rather than tracking trends that may identify future issues.

Firms proudly promote an image of honesty, integrity, inclusion and so on. But – as staff soon discover – there is often a gulf between the values an organisation espouses and the firm’s actual values, or ‘the way things are done around here’, may condone, or even encourage, systematic mis-selling, a lack of openness or excessive risk taking. Adopting a new approach to tackle these issues is forcing the sector to call on the skills of behavioural scientists and of finding new, more sophisticated, ways of ‘measuring’ an organisation’s culture.

Last May, Thomson Reuters published its fifth annual survey on how financial institutions are managing the regulatory focus on culture and conduct risk. Its findings were that firms are now at “the end of the beginning phase of coming to grips with culture and conduct risk” and that the concepts, approach and practices have entered the mainstream of business practices. It concluded: “Firms have invested substantial resources in building the risk and compliance infrastructures required to implement, embed, monitor and measure culture and conduct risk and, after five years, it appears that progress has been made.”

In the UK, most, but not all, major banks now participate in a big exercise benchmarking their cultures. In 2013 the Parliamentary Commission on Banking Standards was appointed to look at the regulatory and competition investigations into the London interbank offered rate (Libor) scandal. This led to founding the Banking Standards Board (BSB), an independent body that promotes high standards of behaviour and competence in UK banking. It launched as the centrepiece of its work an annual survey of member organisations’ which include Barclays, Citi, The Co-operative Bank, RBS, Santander and Tesco Bank.

No fewer than 2,000 people have been surveyed for the forthcoming round. (everyone from the chief executive downwards is asked the same core questions, invited to use free text boxes and there are qualitative focus groups as well as questionnaires. The results are highly granular and can differentiate between the varying sub-cultures – assessing the level of trust and co-operation between trader and compliance teams within the same bank, for example.

Results for an organisation are sent in anonymised form to the board there are no recommendations from the BSB as such but a bank’s performance is benchmarked against other firms making it reasonably clear where any problems lie. More general results for the industry as a whole are also made public. The next results due to be published in May will focus on three areas where problems were spotted in the previous year. The first is the mismatch between what those at top of the organisation say and do, especially in relation to acting in the interests of its customers.

In the last survey, on average 9 of employees saw no conflict between their organisation’s values and the way in which business was done, yet there was a significant range within and between firms. Some respondents felt that the need to reduce costs or maximise short-term profits was prioritised over achieving good customer outcomes.

The second area is employees’ perceptions of whether they and their colleagues are treated fairly and with respect, something strongly associated with their wellbeing. In the last survey, 2 of people felt that working in their organisation was negatively impacting their health and wellbeing. This represented one of the worst findings shown up by its survey, the BSB believes. Oddly, people working in investment banking were the least likely to see pressure in their roles as excessive, yet more likely to experience work having a negative impact on their wellbeing, suggesting heavy pressures were assumed as part of the job. The last of the three areas is ‘speaking up’. While some employees do not call out colleagues’ unethical behaviour because they fear negative consequences, previous surveys show that a belief that the whole process is futile and nothing will be done to address their concerns is an equally important barrier.

Mikael Down, BSB’s executive director for assessment, policy and insights, explains that before the survey methodology was agreed the BSB examined the experience in other sectors. Scandals including alarming mortality rates at a National Health Service hospital in England a decade ago were looked at the global aviation industry’s enviable safety record based on an anti-blame culture also informed the work.

Part of the aim is to expose employees’ common biases. Among them the way we tend to overestimate our capabilities, especially in terms assessing risk. “We all want to be heroes in our own story,” comments Mr Down ruefully.

He emphasises that the methodology is deliberately agnostic about how a business is run as long as the basics are in place the business model should not matter. And he also stresses that the measure shows corporate ‘hygiene factors’ rather than investigative results – the BSB does not embed itself within banks.

Still, the crucial question is whether the BSB’s approach can actually prevent scandals. If the large Australian banks caught up in the successive waves of wrongdoing had been subject over the years to this sort of regime would the worst rip-offs have been avoided? “I hope so – and that is what we are trying to achieve generally,” declares Mr Down confidently. “We can’t prove precisely how predictive our approach is as we haven’t been around enough years yet. What we are focusing on is intended to help firms to help themselves and also provide excellent broader outcomes for customers and society as a whole.

“We give boards and executive teams information which, if acted on, would allow them to take pre-emptive action,” he adds. “The granularity of the data is powerful. If there was a firm with a problem I very much hope that our survey findings would flag issues in a particular area of the organisation which need their attention and – with the board and executive committee’s oversight and discovery – it should be possible to avert problems.”

For those fearful that measuring bank culture in this way is just a new box-ticking industry, the BSB’s confidence in the predictive power of its methods is encouraging. There are limitations to the survey, however. Benchmarking an entire sector every year means that most of the core questions have to remain unaltered and tend to be highly generic. And there is a deeper problem.

Roger Miles, a specialist in conduct and culture reporting, comments: “The BSB survey has good questions but they are sentiment-based and don’t observe real-time behaviour. They track what people think rather than what they do.”

A new breed of behavioural scientists who are wedding their work with powerful new artificial intelligence technologies have ambitions to make a quantum step beyond what is disparagingly described as this ‘SurveyMonkey’ view of the world.

Among the advances is the use of so called ipsative questions where respondents are forced to opt for one of two apparently unrelated choices, making it far harder to game the answers. The technology can also shape the selection of questions as they are answered, on the basis of the emerging picture of the respondent’s behaviour. And the emphasis is said to shift from employee sentiment to hard behavioural facts about organisational culture and the outcomes a firm has experienced in the past.

The new diagnostics also exploit big data analytics, thus vastly increasing their capacity to look forward, not back. “We are able to link behaviours of the place and people with key outcomes to build a predictive model of where and how things are likely to go wrong in the future,” says Mr Nabeel.

This hitherto unseen level of sophistication relies on the number of variables in the analysis assessing both a particular organisational environment and the manner a person behaves in it, and in the way that these are tied in with outcomes. A bank may find that it has unwittingly provided the perfect environment to incubate a rogue trader or, as happened with the Australian banks, to persuade a majority of normally honest employees to turn a blind eye to charging customers a fee for no service.

This article first appeared in Global Risk Regulator in May 2019.

Hani Nabeel is the Chief Behavioural Scientist at iPsychTec. With over 20 years experience in delivering Leadership & Talent Management Consulting services and quantitative behavioural research Hani is the architect and founder of the award-winning and groundbreaking CultureScope.

Diversity and Inclusion as Workforce: a Tool to Design and Implement the Best Policies